Delight Yourself with
Mimosos do Bombarral

Mimosos do Bombarral, a traditional sweet trademarked since 1920, are a specialty born from the delicate choice of ingredients, whose artisanal confection gives rise to these delicious egg and almond sweets. A family recipe to share and sweeten the taste at any time. 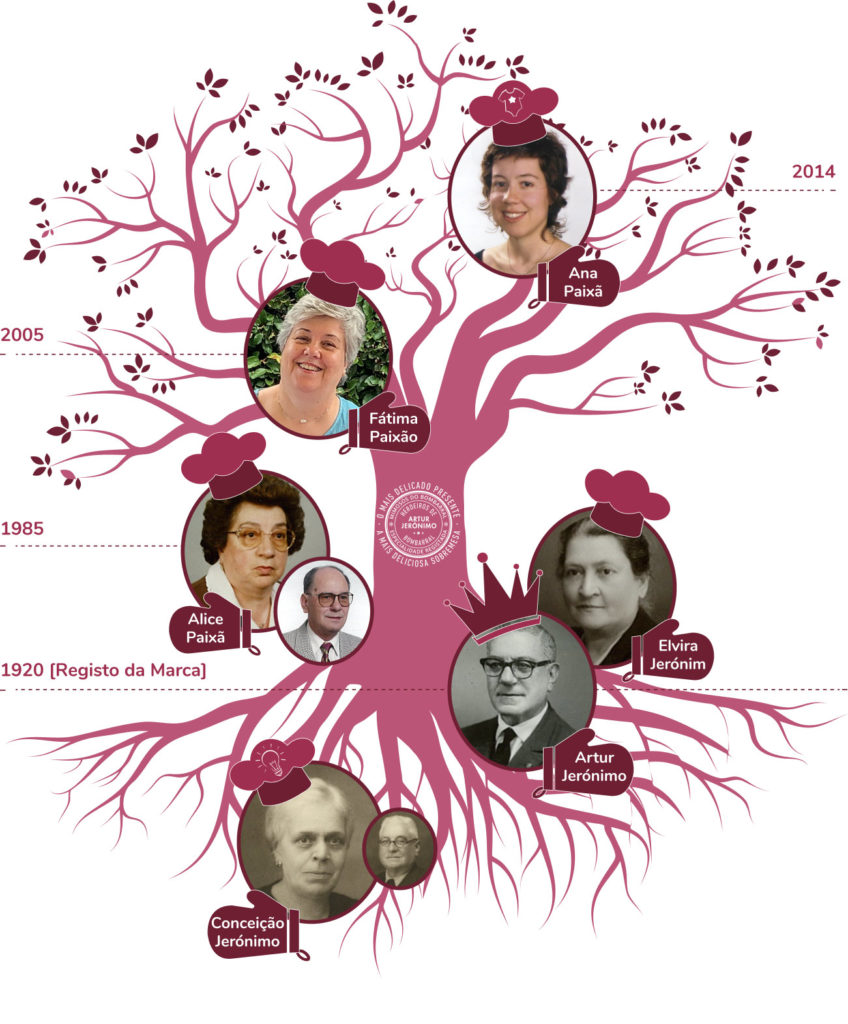 It’s already famous by our lands the story of “Mimosos do Bombarral”, a specialty registered by Artur Jerónimo, although created by Maria da Conceição, wife of his brother Francisco Jerónimo.

This recipe was then offered to the brother-in-law of the confectioner and to his wife, Elvira Jerónimo, who lived in Bombarral village and who began to produce and sell it in their store, “União Mercantil”.

So, in 1920, because of the potential refinement of this sweet for the village, Artur Jerónimo decided to register “Mimosos” at the National Institute of Industrial Property under the number 236015 and with the name “Mimosos do Bombarral”.

After the passing of Artur and Elvira Jerónimo, their daughter, Alice da Conceição Dias Jerónimo Paixão, only heiress of the couple and wife of Manuel Ferreira Paixão, was the one to persevere this specialty. A family tradition and a relic of Bombarral that perpetuates by the heiress and granddaughter of Artur Jerónimo, Maria de Fátima Jerónimo Paixão and her daugther Ana Paixão, until the present day.

Nowadays is already well known and preferred this Bombarral specialty. To its confection presides the greatest precision, gathering natural products and ingredients of high quality, free of any colorants or preservatives. From this marriage of excellence and quality was born a very attractive artisanal recipe, a lovely souvenir of Bombarral who lives from generation to generation through the heirs of Artur Jerónimo.

Message from the Cook!